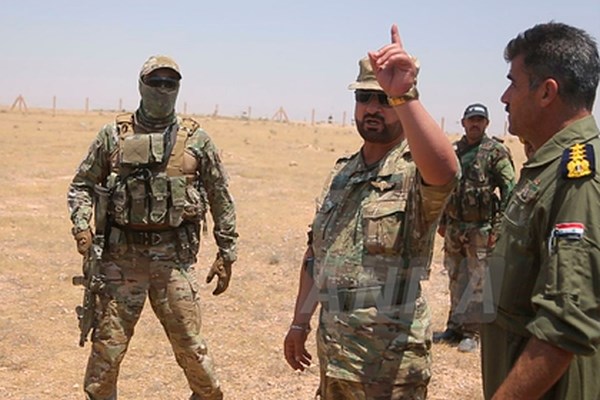 Syrian Brigadier General Suheil al-Hassan was guarded by a Russian soldier during a trip to Raqqa province. The commander of elite Tiger Forces was captured in photos posted on Twitter by ANNA-News.

As the Telegram channel "Special Purpose Channel" writes, the soldier assigned to al-Hassan is a member of the Russian Special Operations Forces. He is armed with a modified Vityaz submachine gun which is used by the Russian Ministry of Defense, and it is quite rare to see it in Syria, the channel notes.

Brigadier General Suheil al-Hassan became one of Syria's most prominent military commanders after Russia launched its military campaign in Syria. He was awarded several Russian orders, has a thank-you letter and a cold weapon gifted by Russian Defense Minister Sergey Shoygu. He also met with the head of the Russian General Staff Valery Gerasimov. In May 2018, journalist Sam Dagher, in an article for the American magazine The Atlantic, called al-Hassan a "favorite Syrian warlord" of Russian President Vladimir Putin.