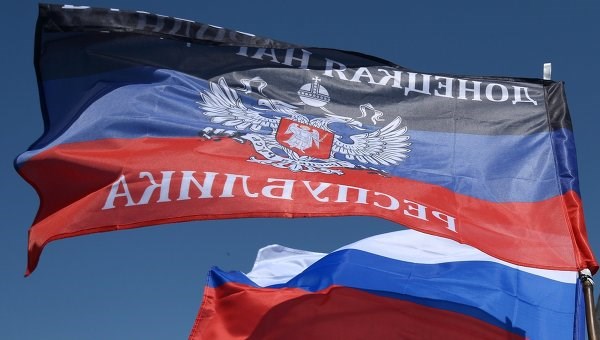 The Russian Ministry of Foreign Affairs believes that the rejection of the agreements reached with representatives of the militant authorities in the Donbas was not only Kyiv’s initiative.

"Unfortunately, strange things began to happen after the breakthrough. During the telephone talks, the assistants of the “Normandy" leaders, Berlin and Paris, under various pretexts avoided supporting the agreements between Kyiv and the Donbas,” said the Russian Foreign Ministry in a statement.

According to the Kremlin, on March 26, during the meeting of the Trilateral Contact Group (TCG) in Minsk, Kyiv rejected the agreements. Therefore, Moscow "is under impression" that this fact was the result of "prompts from the outside."

Russian diplomats recalled that on March 30, the foreign ministers of Germany and France issued a statement in which they allegedly unreasonably accused the Donbas of stalling the negotiations and unconstructive position.

"Donetsk and Luhansk, regardless of everything, demand to ensure the OSCE Special Monitoring Mission unlimited freedom of movement on its territory. The right of the republics to introduce restrictive measures similar to Ukraine and other European countries in order to combat the coronavirus is deliberately rejected," the Russian Foreign Ministry added, expressing doubts about the democratic nature of these actions.

At the same time, Moscow called Ukraine's assertions at the UN, OSCE and the Council of Europe about Russia's desire to get rid of sanctions under the pretext of a pandemic "a propaganda stunt."

Earlier, the head of the Ukrainian President’s Office, Andrii Yermak confirmed that at the TKG meeting in Minsk, the parties agreed to establish an advisory council on political issues. According to media reports, the militants viewed the creation of an advisory council as Kyiv's agreement to start a direct dialogue with the so-called Donetsk and Luhansk People’s Republics.

On March 25, Deputy Prime Minister for the Reintegration of Temporarily Occupied Territories Alexiy Reznikov said that TCG participants did not plan to make a decision on the creation of an advisory council during the next meeting.

In turn, Germany and France accused the pro-Russian militants of obstructing the work of the OSCE Special Monitoring Mission under the pretext of combating coronavirus