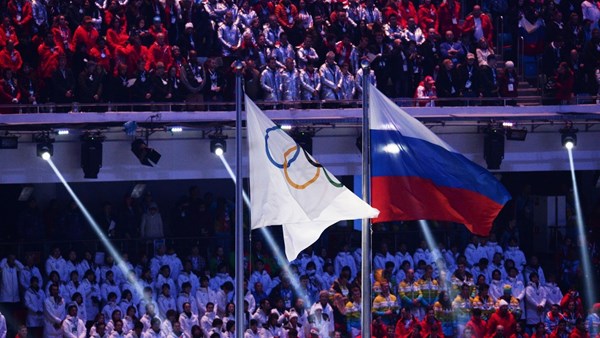 The International Olympic Committee's (IOC) special commission will consider allowing Russian athletes to use the flag and anthem of the Soviet Union, after the athletes were prohibited from using Russian national symbols at the upcoming 2018 PyeongChang Olympic Games, R-Sport agency reports.

"All such issues are considered by the Working Group on Olympic athletes from Russia. The IOC will issue guidelines for implementation of the group's decisions in due time, as indicated in the statement of the IOC Executive Committee on December 5," the organization's press service stated.

On December 17, 2017, the IOC banned Russian athletes from using national symbols on their uniform during the 2018 Olympics. Instead, they were only allowed to display the Olympic rings on their outfits.

Recently, the IOC Executive Committee met in Lausanne, Switzerland where they decided to suspend the membership of the Russian Olympic Committee and to exclude the Russian national team from participating in the 2018 Winter Olympic Games.