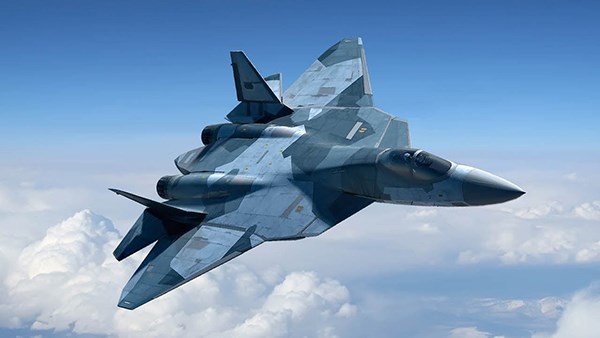 Russia has begun testing the tenth prototype of the T-50/Su-57, the future Russian multifunctional fifth generation fighter (PAK FA). This was announced by the press service of the United Aircraft Corporation (UAC) on Facebook.

According to the UAC’s infographic, the fighter’s first flight took place on December 23, 2017. Before this, nine PAK FA models with “first stage” engines had been flight tested.

On December 5, 2017, the first flight of the latest fighter with a second stage engine took place. The type of engine used to take off was not reported. According to the TV channel Russia 24, the flight passed by Zhukovsky in the Moscow Region. The aircraft was flown by the chief pilot of the Sukhoi construction bureau, Hero of Russia Sergey Bogdan. According to the Ministry of Industry and Trade, the first flight lasted 17 minutes, and was without incident. The tests were done at the Gromov Flight Research Institute. According to the Russian Aerospace Forces, the T-50 completed the first stage of flight testing on June 20.

The T-50 is being developed by the JSC Sukhoi. According to provisional calculations, it has a length of 19.7 m and a wingspan of 14 m, and is crewed by a single pilot. When empty, the aircraft weighs 18.8 tons. It can reach a speed of 2,600 kph, stay in the air for nearly six hours, and carry a combat load of 1.3-10 tons.