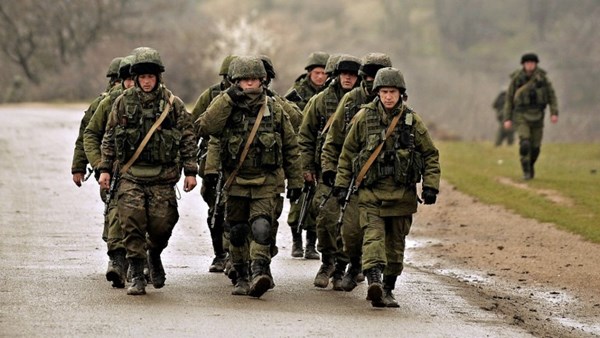 Russia is building a new military camp near Voronezh, close to the Ukrainian border, said the head of the Conflict intelligence Team (CIT) Ruslan Leviev in an interview with BBC Ukraine.

"People took a walk in the forest and, when they reached the field, they saw a large number of heavy equipment, including tanks," Leviev said, adding that the 3-by-4 km field is filled with military equipment.

In a video taken by the local residents, CIT investigators also saw a tent city, a kitchen and a field hospital. The camp is located at about 170 kilometers from the Ukrainian border, which will allow Russian troops to reach Ukraine in 24 hours.

The CIT assumes that the camp itself is located on the northern part of the Pogonovo military range south of the cottage complex Berezka. The local media reported about this new military base at the end of March. In comments, local residents complained about the soldiers, who were located "in a field next to residential buildings". According to the locals, the military "knocked down the trees with armored personnel carriers and trucks" and put "armed guards" around the base.

CIT Investigators also said they have a video, taken by an eyewitness, showing a convoy of armored vehicles, Tiger and Kamaz trucks. Such trucks, which have specific upgrades, are usually used by Russian special forces and reconnaissance. The convoy was moving from the military camp near Voronezh in the direction of the Ukrainian border. Leviev stressed that Russia is currently carrying out the largest military movements since Debaltseve battle.