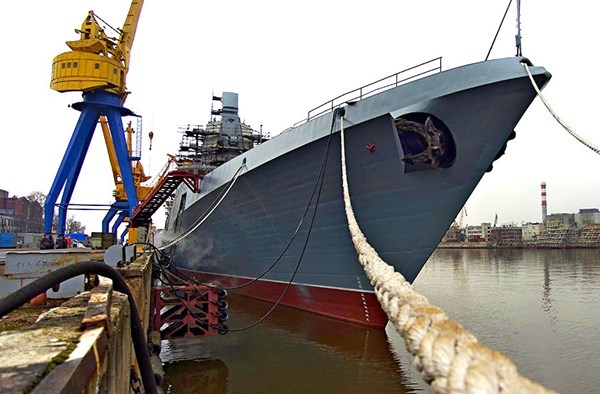 The Russian state-owned company Ruselectronics has equipped Russian naval ships with optical systems that can blind enemies and even cause hallucinations, a source in the company told RIA Novosti.

The new “Filin” stations, developed by one of the company’s factories, have been installed on the frigates Admiral Gorshkov and Admiral Kasatanov. Each ship has been equipped with two such systems. There are also plans to mount the stations on two project 22350 frigates.

The stations are designed to suppress the optical and optical-electronic channels of observation. In addition, they will be used for long-range weapons targeting.

The Filin systems can cause temporary disorders in the eyes through light emissions. Volunteers who helped test the systems complained of hallucinations described as “a spot of light which floats in front of the eyes”. Most claimed to have experienced vertigo, nausea and symptoms of spatial disorientation.

Ruselectronics added that the Filin’s radiation can suppress night-vision devices, laser rangefinders, as well as the steering systems of anti-tank guided missiles.

As reported previously, the US Navy has begun developing hypersonic weapons in response to Russia’s latest weapon designs. In January, Donald Trump's administration ordered the development of new nuclear weapons.