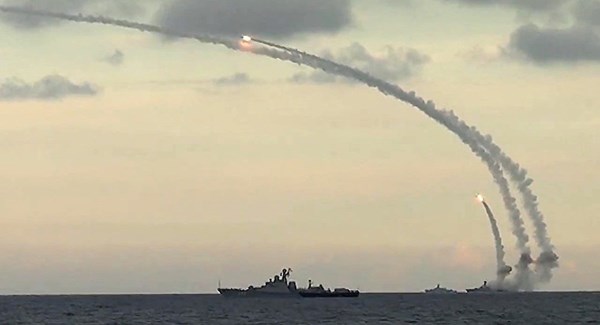 The test launches of the new missile were conducted from the frigate Admiral Gorshkov. "The tests confirmed the unique tactical and technical characteristics of this missile in terms of range and accuracy, as well as hypersonic speed of its flight," the Russian Defense Ministry said.

The ministry noted that the unmanned submarine, Poseidon, is being tested in parallel.

On July 26, Russian President Vladimir Putin, speaking at the Naval Parade in Kronstadt, said that the superiority of the Russian fleet will be achieved through the introduction of the newest weapons: " hypersonic systems which have no analogues in the world, unmanned underwater vehicles."

Russian state television reported that Zircon hypersonic missile is the weapon that Russian President Putin may choose to destroy American cities in the event of a nuclear war.

According to Putin, the missile is capable of speeds around Mach 9 and has a range that may exceed one thousand km.

Chief Kremlin’s propagandist Dmitry Kiselev showed on the Vesti Nedeli TV program a map of the United States, with targets, which, according to him, will first be destroyed by Russia in the event of a nuclear war. Kiselev also boasted that Zircon missiles could hit targets in less than five minutes.