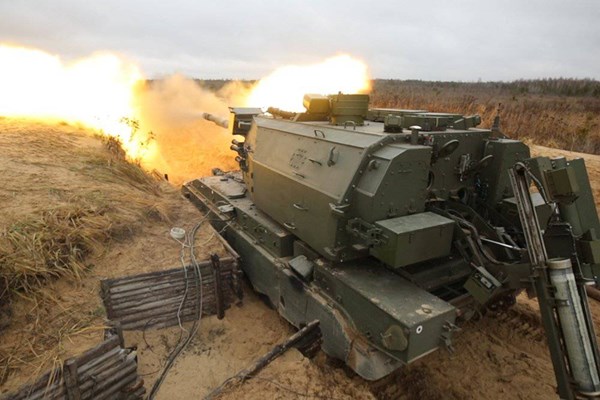 Pictures have appeared online of a Russian Uran-9 combat robot in Syria. The Russian newspaper Rossiyskaya Gazeta is of the opinion that the characteristic camouflage and setting suggest that the Uran-9 is really in Syria. The robot is presumably being tested there under combat conditions.

It was reported previously that the Uran’s running gear had proved unreliable during independent movement.

There were also complaints about the operation of the 30 mm autocannon: the start chain activated in an untimely manner, and the thermal imaging channel of the sighting station frequently malfunctioned.

The Uran-9 robot is equipped with Atak guided anti-tank missiles, a 2A72 30 mm autocannon and a modernized 7.62 mm Kalashnikov tank machine gun.

The robot is designed to destroy enemy troops, lightly armored vehicles, tanks and heavily protected enemy facilities. The robot can operate up to 3,000 m from the control point. Its television and thermal imaging systems enable it to engage in combat in the day and at night. With a top speed of 35 km/h, the robot can travel up to 200 km. Its combat mass is 12 tons.

The Uran-9 became part of Russia’s armament in early 2019. In January, the CEO of Kalashnikov said that the first Russian combat robot would probably be tested in Syria.

In August 2018, there were reports that a Russian autonomous supertank had fallen short of the mark in Syria.