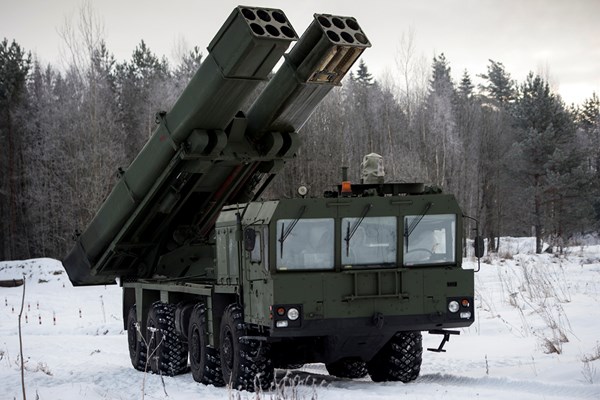 According to CIT, unloading of Uragan multiple launch rocket systems by Russian military was observed at Rechytsa station in the Gomel region of Belarus, north of Kyiv. Later, a photo of the camp with military equipment was published, which was allegedly taken near Rechytsa. It shows a transport and a loader for MLRS Uragan.

"We have verified and confirmed this geolocation. From there, there is a little more than 40 kilometers to the border with the Chernihiv region of Ukraine and about 90 kilometers to the Kyiv region. It is worth noting that in this area there are no training grounds declared for the Russian-Belarusian exercises "Allied Resolve", which will be held in February, " CIT analysts point out.

According to them, Russian weapons in the immediate vicinity of the border with the Kyiv region raise concerns in connection with recent CNN reports that Russian troops may try to capture Kyiv and carry out a change of power in Ukraine.

"The fact is that all the main government buildings in Kyiv are located on the western bank of the Dnieper, and a possible offensive from the north makes it possible to avoid such a significant water barrier (in contrast to the offensive from the Russian-Ukrainian border). At the same time, we still do not know the number of forces to the north of Kyiv. At the moment, it seems likely to us that the purpose of this camp is to force the Ukrainian command to keep part of the forces on the west bank of the Dnieper to protect Kyiv, which will limit the ability to counter a potential Russian operation in eastern Ukraine, " CIT investigators conclude.