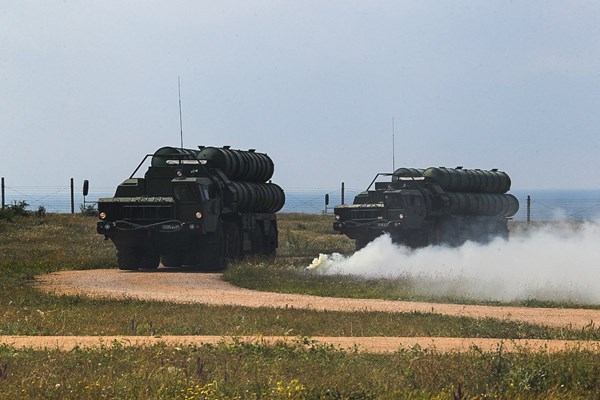 Russia continues to strengthen military support for the army of Marshal Khalifa Haftar in Libya, which has been waging a war over oil resources for more than four years with the UN-recognized government of national accord in Tripoli.

According to Forbes, in early August, Russia probably moved to Libya S-300 anti-aircraft missile systems or modernized version of the S-400, placing them near the port city of Ras Lanuf, which remains the fort-post of Haftar forces after they were defeated in the battle for the capital and retreated after the intervention of the Turkish army.

In photos posted on social media, military experts identified the S-300 launcher and its 96L6E radar. The radar is also used in the latest S-400 Triumph air defense systems.

The War Zone writes that the air defense systems could have been delivered to Libya by the An-124 cargo plane which flew from Mozdok to the Libyan airbase Al-Khadim, on August 3.

Traditional Il-76, which is used by the Ministry of Defense and private companies, are not able to transport these systems. This requires a heavy military transport aircraft such as the An-124. An An-124 was also used to deliver S-400 components to Turkey.

Russian systems are said to be deployed in Ras Lanuf, a key terminal through which Libyan oil is exported.

The port is controlled by Haftar's army, which does not allow Libyan oil to the world market.

Last year, Libya brought its oil production to 1.2 million barrels per day, planning to increase it to 2 million within a few years, but in January, due to attacks by Haftar's army on the oil fields, the National Oil Corporation (NOC), was forced to close wells, pumping a paltry 100,000 barrels per day.

Exports of Libyan oil have almost stopped. in August, according to Bloomberg, only two tankers, each with a capacity of 600,000 barrels, were shipped.

“Russians appear to have taken a page out of their Syria playbook, which is to send a mixed squadron and to augment air defense assets in the country. The S-300, if it is real, joins the Pantsir S-1 short range system. Together they would make Turkey think about testing that red line”, said Aaron Stein, head of research at the Foreign Policy Research Institute in Philadelphia.

The emergence of the S-400 or S-300 in Libya is a signal to Turkey, he notes. Late last year, Ankara sent fighters from northern Syria, as well as weapons and drones to Libya, forcing Haftar's forces to end the 14-month siege of Tripoli and retreat along with fighters from the private military company the Wagner Group.

"The Russians have quietly signalled that Sirte and al Jufra are a red line, even though they have not gone as far as other countries in terms of public statements," Stein said.