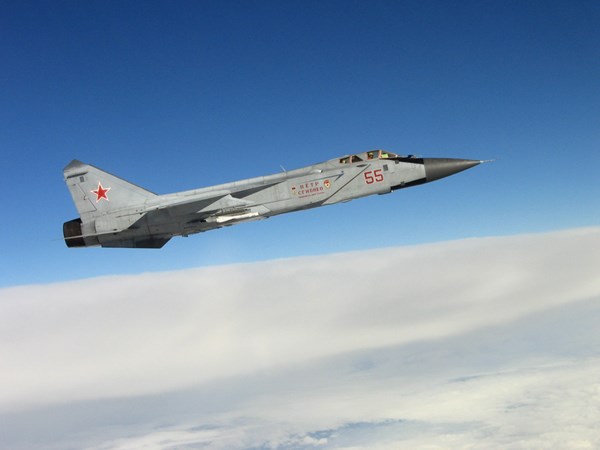 Russia has begun joint exercises of its permanent Mediterranean flotilla and aircraft of the Russian Air Force, according to the Russian Defense Ministry.

The maneuvers involve five ships: the missile cruiser Moskva, frigates Admiral Essen and Admiral Makarov, submarines Stary Oskol and Rostov-on-Don, as well as anti-submarine and strategic aircraft. The drills began against the backdrop of the anti-ISIS operation of British aircraft carrier, HMS Queen Elizabeth. According to the Russian Defense Ministry, during the training activities, the Russian ships together with the aviation will perform tasks to ensure the safety of the Khmeimin airbase and the Tartus logistic base.

"A pair of MiG-31K aircraft, which are capable of carrying latest hypersonic Kinzhal missiles, were flown from Russian airfields to the Russian Khmeimin airbase in the Syrian Arab Republic, as part of the drills ," RIA Novosti quoted the Russian Defense Ministry as saying. On the orders of the Russian command, hypersonic missile carriers will perform "training tasks" in Syria. In addition, a Russian Il-38 anti-submarine aircraft was transferred to Syria.

The Kinzhal was presented to the public for the first time during Vladimir Putin’s state-of-the-nation address in March 2018. The missile supposedly has a top speed of Mach 10 and can maneuver throughout its flight trajectory. The missile can be used to destroy both land-based targets and ships.