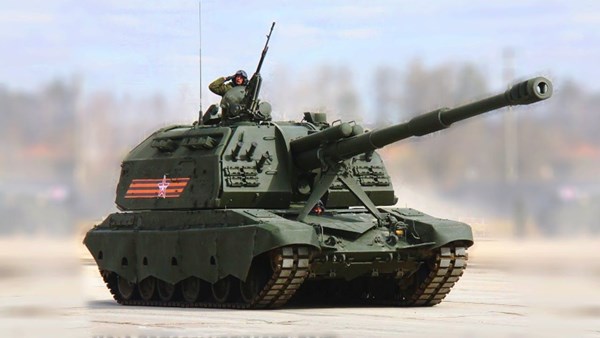 According to the newspaper, the Russians are finishing tests of the first batch of these howitzers. The new howitzers can conduct high-precision fire from a distance of about 70 kilometers which is twice the effective range of the current howitzers.

Russia explains the build-up of its artillery power on the south-western borders by the allegedly increasing NATO’s presence in the region.

The 2S35 Koalitsiya-SV is part of the Russian rearmament program. According to military experts, Russia always delivers new weapons to its the Southern and Western military districts first.

The 2S35 howitzer was designed on the chassis of the Russian T-90A tank and weighs 48 tons. It has a 152-millimeter cannon and can carry up to 70 rounds of ammunition. The rate of fire is more than 10 rounds per minute. The carrier can reach speeds of up to 60 kilometers per hour and has a power reserve of up to 500 kilometers.

At the end of 2019, Ukrainian President Voodymyr Zelensky stated that there should be no weaknesses on the border of Ukraine.