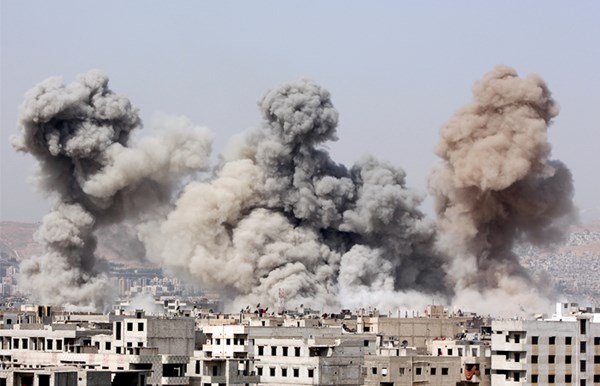 At a closed session of the Knesset’s foreign affairs and defense committee, Israeli Prime Minister Benjamin Netanyahu said that Moscow had offered the US and Israel a deal: Iran will withdraw its armed divisions from Syria in exchange for an easing of sanction pressure on Russia,reported Channel Ten of Israeli TV, citing members of the Knesset.

According to MPs who attended the committee session, Netanyahu said that Russia had proposed a plan to have Iranian forces withdraw from Syria in exchange for a relaxation of sanctions on Iran not only from Israel, but also from the US. Channel Ten notes that this proposal indicates a change in Russia’s position: earlier Moscow said that the presence of Iranian forces in Syria is legitimate. “For the first time, the regime in Moscow proposed a total withdrawal of Iranians from Syria, connecting the Syrian campaign to the tension between Washington and Tehran surrounding the nuclear deal,” the Israeli TV channel stated.

The sources point out that it is still unclear whether the offer was made during Netanyahu’s conversation with Russian President Vladimir Putin in Paris. Netanyahu reportedly called the discussion “fruitful and positive”. However, Putin reportedly told Netanyahu that Russia is not capable of independently handling the withdrawal of Iranian troops from Syria, and will need other countries to collaborate.

Netanyahu also said that US Special Representative for Syria James Jeffrey met with Kremlin representatives on November 8 in Vienna, and that Netanyahu himself had met with Jeffrey several days earlier in Jerusalem.

The Israeli Air Force has repeatedly attacked Iranian facilities in Syria. During one such Israeli operation, a Russian Il-20 reconnaissance aircraft was shot down in friendly fire from the Syrian anti-air defense systems. Moscow blamed Israel for the incident, whereas the Israeli military claims it happened because the Syrian operators fired “haphazardly”.