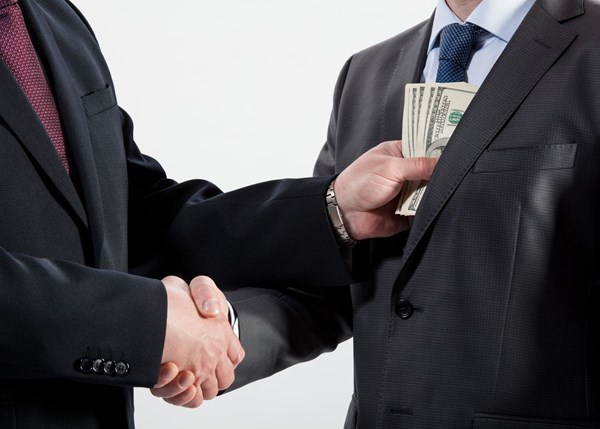 Russia has gone up one level on the international corruption perceptions rating published annually by Transparency International, reports finanz.ru.

In the 2019 index, out of 180 countries, Russia tied for positions 137 through 146 with Kenya, Liberia, Mauritania, Papua New Guinea and Uganda.

Just below Russia, in positions 146 through 153, are Iran, Honduras, Bangladesh, Angola and the Comoros islands. Just above are Guinea, Mexico, Myanmar and Mali.

Of the former Soviet states, Russia only had lower corruption than Tajikistan, Uzbekistan and Turkmenistan. Kyrgyzstan improved its lead, rising from 132 to 126; Armenia shot up from 105 to 77; Georgia took 44th position, and Estonia was the only post-Soviet state in the top 20.

Over the last four years, Russia has dropped 18 positions on the rating, which is partially due to a greater number of countries being included in the study.

In the corruption perceptions index, Russia scored only 28 points, the same as five years ago, and one point less than in 2017. The index is calculated out of 100, with 0 being the most corrupt.

The state of affairs with corruption in Russia is not changing. Systematic opposition is being replaced by isolated criminal cases; the existing anti-corruption instruments are not being developed, and the Civil Law Convention on Corruption still has not been ratified, Transparency notes.

“In the absence of political volition for real changes, the opposition of corruption is doomed to remain a cargo cult,” laments Anton Pominov, director of Transparency International Russia.

“The isolated measures that are being taken by the government organs responsible for opposing corruption, as well as the local amendments to legislation, cannot fundamentally change the situation in our country – in order to do this, we need to build an inclusive system for coordinating the interests of public figures who will not let the government make reckless decisions in the interests of a small group of people,” he believes.