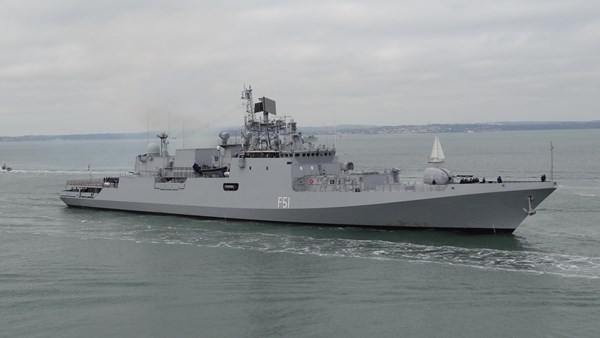 Two frigates of the Black Sea Fleet, Admiral Makarov and Admiral Grigorovich, have passed through the Bosporus and Dardanelles in the direction of the Mediterranean Sea.

The Russian news agency Interfax reported, with reference to the official representative of the Black Sea Fleet Alexei Rulev, that the ships "which are equipped with the Kalibr-NK cruise missiles make a planned transition from Sevastopol to the far sea zone, where they will join the Mediterranean flotilla."

Russia is reinforcing its Navy group in the Mediterranean Sea amid a sharp escalation of the situation in the Syrian province of Idlib, where 33 Turkish servicemen were killed in an attack by Assad regime forces the day before. Moscow has already stated that Ankara is responsible for the deaths of the Turkish military.

Meanwhile, the Turkish authorities said they were considering blocking the Bosporus and Dardanelles straits for the passage of warships under Articles 20 and 21 of the 1936 Montreux Convention, under which Turkey has the right to take this step if "is under immediate military threat."

In addition, the Turkish side may postpone the deployment of Russian S-400 anti-aircraft missile systems, which was scheduled for April.