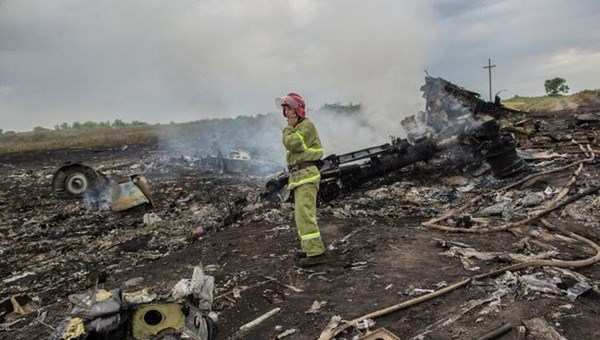 The International Investigative Team Bellingcat reported that during their investigation, they managed to identify one more Russian military who is likely involved in the downing of the MH17 flight. In response, the Russian Ministry of Defense called their findings “speculation.”

“What attracts attention is that the investigators’ speculation, which is dismal in its stupidity, is based on the imitation of a radio intercept conversation of unidentified persons, which was published on July 18, 2014 [the day after catastrophe] by the Security Service of Ukraine,” Russia’s Ministry of Defense stated.

The Ministry states that the officers mentioned in the text of Bellingcat were dismissed from military service long ago. The Ministry of Defense has no data on their activities outside the Armed Forces.

On May 25, Bellingcat stated that they identified a man who, using the alternative names “Orion” and “Andrey Ivanovich,” appears in the recordings of the intercepted conversations published by the Joint Investigation Team (JIT), which is headed by the Netherlands Public Prosecutor’s Office. The man’s two names also appear in documents of LPR separatists.

According to Bellingcat, the man using alternative names is Oleg Icanovich Ivannikov. Ivannikov was born in 1967 and was an officer of the Chief Intelligence Directorate of the General Staff of Russia until September.

On May 24, the JIT stated that the Buk missile system, which was used to shoot the MH17 flight down, belonged to the brigade of Russian anti-aircraft defense troops based in the city of Kursk.

The Malaysian Airlines Boeing 777 flying from Amsterdam to Kuala Lumpur was shot down over the zone of armed conflict in Eastern Ukraine on July 17, 2014. All 298 people that were on board perished.

At the end of September 2016, the JIT, led by the Dutch public Prosecutor’s Office, announced first preliminary official results of the investigation. The report states that the BUK missile system, which was used to shoot down the Boeing, had been delivered to the territory of Ukraine from Russia. The rocket was launched from Pervomayskoye village, which was under control by militants that, in turn, were also controlled by Russia. According to the report, there are roughly 100 people among the suspects.