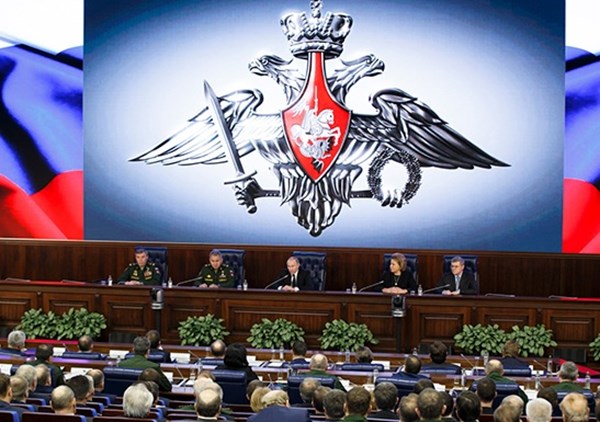 Deputy Defense Minister of Russia Alexander Fomin said on a broadcast of Russia-24 that the US plans to deploy a total of 400 interceptor missiles at the Russian borders as part of its global missile defense system.

He clarified that the US has already established anti-missile defense sites in California and Alaska, as well as missile defense systems in Romania and the Baltic countries, and that a new system is about to be built in Poland.

"The ring will also incorporate missile defense sites in Korea and Japan… This will result in the deployment of about 400 interceptor missiles, which significantly reduces Russia's nuclear deterrence potential," Fomin said.

He also said that the United States has created rear reserves in Europe for the additional deployment of a grouping of up to 300,000 military personnel.