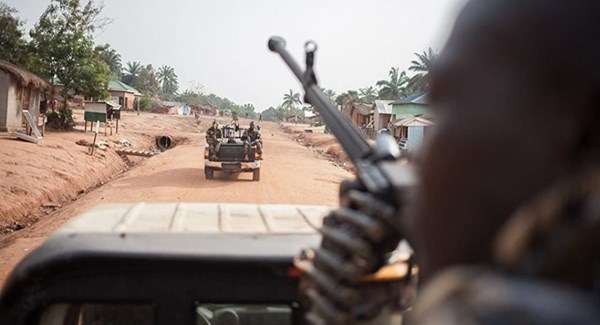 This September Russia has sent a second batch of weapons for the army of the Central African Republic (CAR) at no charge, announced Russian Foreign Minister Sergey Lavrov at a UN Security Council session devoted to peace and security in Africa.

“In the CAR, over the last year and a half Russian instructors have trained more than 3,000 soldiers for the army of this sovereign country. With the consent of the Security Council committee, two batches of Russian weapons have already been sent free of charge to meet the needs of the CAR army, the second arrived in the country this month,” the Russian minister said as quoted by TASS.

The first batch of Russian arms was delivered to the CAR in late January/early February 2018. Five Russian soldiers and 170 “civilian instructors” were also sent to the CAR to train the country’s soldiers.

Lavrov asserted that Russia is involved in activities to bring peace and security to Africa in a manner that complies with international law and has the approval of the host countries. “Russian involvement in promoting peace and security in Africa is based on international law, including the principle of non-interference in countries’ internal affairs enshrined in the UN Charter, and is done exclusively with the consent of the host countries, in order to develop their own anti-crisis potentials,” he remarked.

Lavrov said that Russia is attaching great importance to programs to train peacekeepers for African countries and other developing countries. “This month another training course began at the Russian Interior Ministry Academy, specifically oriented towards female police officers from Africa. We are continuing to offer bilateral programs for training soldiers and security forces and to offer military-technical assistance,” Lavrov added.