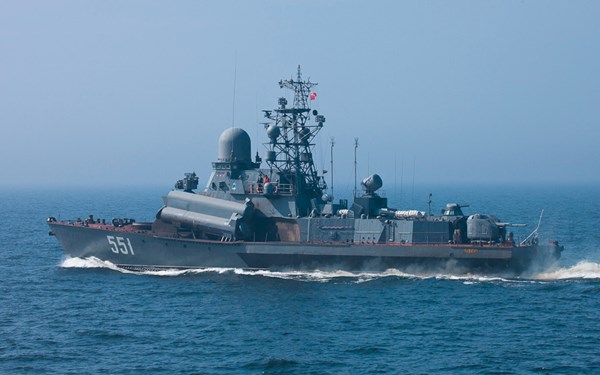 After Ukrainian coast guards detained the fishing vessel Nord, sailing under the Russian flag, in the Sea of Azov, Russian officers of the annexed Crimea declared it “Ukrainian state-level piracy.”

In particular, the command of the Black Sea Fleet, including naval aviation, declared its readiness to ensure the safety of navigation in the northeastern Black Sea and the Sea of Azov, reports RIA Novosti, citing a source in the security agencies of the Crimea.

“The aggressive actions of Ukrainian maritime border guards in international waters represent not only the risk of seizure of Russian vessels, but also the formation of genuine, state-level piracy,” the report said.

The agency’s source stressed that the threat of “Ukrainian state piracy has already emerged.”

On March 25, a maritime security ship of the State Border Service detained the fishing vessel Nord, sailing under the Russian flag, in Ukrainian waters of the Sea of Azov. The ship is registered in the annexed territory of the Autonomous Republic of Crimea. The documents of ten crew members were issued in the city of Kerch.