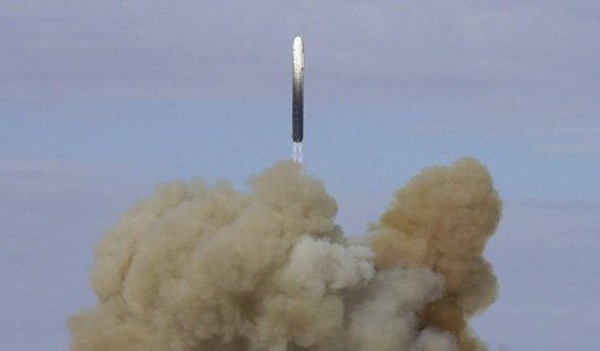 Tests of the latest RS-28 Sarmat Intercontinental ballistic missile will begin in early 2020, reports Vedomosti news outlet, citing a source close to the Russian Defense Ministry and a manager of the enterprise in the defense industry.

According to them, at the first round of testing, the rocket will be launched from the Plesetsk Cosmodrome to the Kura Missile Test Range in Northern Kamchatka Krai. If the initial tests are successful, at the round of tests, the missile system will be tested in the Krasnoyarsk Region Site, where the 62nd Rocket Division of the Russian Strategic Missile Forces is deployed. Tests on this site have not been conducted since 1987.

It is expected that the RS-28 missile will be put into operation in 2021.

Previously, tests of Sarmat ballistic missiles were scheduled in 2016, but they were postponed several times. Russian Defense Ministry explained that the missile launcher at the Plesetsk Cosmodrome was not ready at that time. In 2017, tests were postponed due to alleged problems with the missile which were discovered at the Krasnoyarsk Machine-Building Plant.

Initially, it was assumed that the RS-28 liquid-fueled missile would be adopted in 2019-2020. According to the missile manufacturer, it is capable of carrying hypersonic components that can break through any existing missile defense systems. It is expected that RS-28 will eventually replace the R-36M2 Voevoda missile in the Russian Armed Forces.