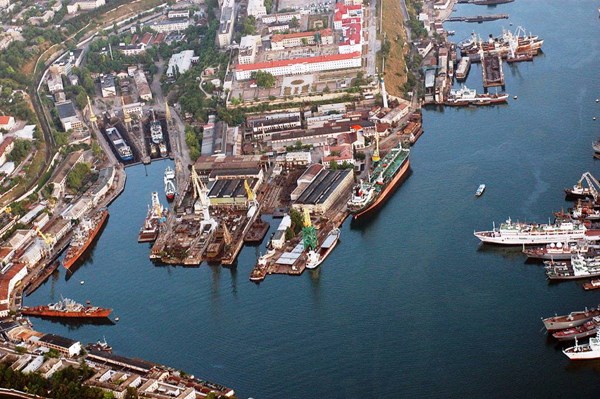 “In order to improve efficiency and development of the Crimean Federal District, the bill orders the transfer of the Sevastopol Shipyard named after Sergo Ordzhonikidze from the municipal possession of Sevastopol into federal possession, accountable to the Ministry of Industry and Trade of Russia,” the official statement reads.

The aim of the decision is to speed up the integration of the shipyard into the Russian industrial-military complex and to ensure full production.

The shipyard already performs works and services for the industrial military sector of the country as it acts as an associate contractor under state orders for the repair of ships and boats of the Russian Navy, and also produces and repairs civil maritime assets. The enterprise was added to the list of Russian industrial-military companies.

According to the information published on the plant’s website, the shipyard was founded in 1783 by the order of Russian Empress Catherin II. The shipyard operates facilities in two locations: the main location named the South, and the secondary location, the Inkerman, totaling 53 hectares.

The shipyard was previously the property of President of Ukraine, Petro Poroshenko. In March 2015, the Ukrainian news media UNN informed that the Sevastopol Shipyard had been registered in the state register of legal entities of Russia. At the same time, the UNN reported that the shipyard did not officially terminate its activity as a legal entity in Ukraine.