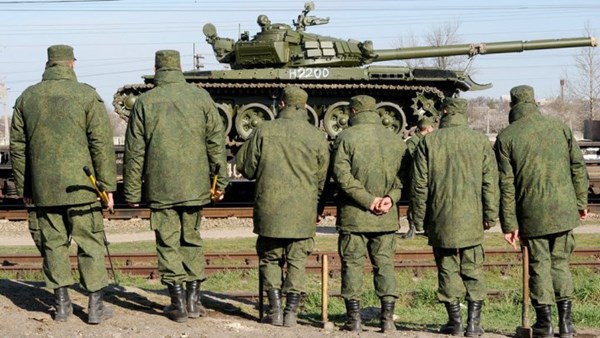 Russia has warned of its intent to withdraw its officers from the Joint Centre for Control and Co-ordination (JCCC) for issues related to the ceasefire and the stabilization along the contact line, as stated in a message from the OSCE Special Monitoring Mission (SMM).

"On 14 December, the Ukrainian Armed Forces representative to the Joint Centre for Control and Co-ordination (JCCC) in the JCCC headquarters in government-controlled Soledar (79km north of Donetsk) shared with the SMM a letter from the Ministry of Defense of the Russian Federation informing Ukraine that the Russian Federation would withdraw its Armed Forces officers from the JCCC," the mission report says.

The decision to create the JCCC was taken at a meeting of contact group members in Minsk on October 2, 2014. The Centre includes representatives of Ukraine, Russia and the OSCE; its mission is to coordinate the truce in the Donbas.

In December 2017, Russia began to make statements about the possibility of its secession from the JCCC. The Ministry of Defense of the Russian Federation stated that during the preceding months, the conditions of the Russian officers at the JCCC in Soledar had greatly worsened. The officers have been permitted to travel only if accompanied by armed national guards of Ukraine, and have been blocked from taking trips to other settlements.

The Russian Ministry of Defense, regarding this, noted that "it seems that Ukraine is thus deliberately trying to exclude Russian military personnel in the JCCC from monitoring implementation of the Minsk agreements."

Russian servicemen serving as part of the JCCC and located on Ukrainian territory have ordinary visitor status. At the end of 2015, the JCCC included 74 Russian officers, of whom 34 were permanently stationed in Ukrainian-controlled territory.