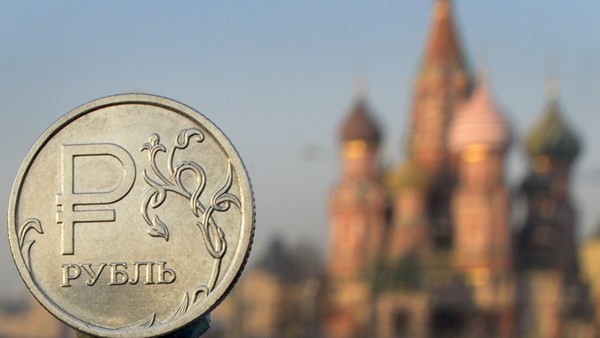 Russia’s government debt market continues to plummet into the abyss, dragging the ruble alongside it, despite the Russian Finance Ministry’s calls for investors not to panic, writes finanz.ru.

The price of Russian government bonds has fallen for four consecutive days, and the currency exchange rate is approaching 70 rubles per US dollar, due to reports that US senators have begun discussing a new sanction package based on the Defending American Security from Kremlin Aggression Act.

The Russian Government Bond Index (RGBI) reached a low since July 2016, losing 2.19 points over the course of the week. The last time the market saw such a rapid drop was in January 2016 when the oil price was $27 per barrel. In August it fell 4.05%, a record since December 2014.

Long-term issuances of Federal Loan Bonds (OFZs) have depreciated by 12% since April, and 9-year bonds, which cost the Russian Finance Ministry 7% per annum in April, now cost between 9.1% and 9.2%.

Non-resident investors are disposing of their Russian government bonds and then exchanging their rubles for other currencies, driving the ruble to a new low. On Friday, the ruble reached 69.95 to the dollar, a record since March 2016. The Euro passed the 80 ruble mark, and fell only 12 kopeks shy of the 81 mark.

At hearings held by the banking committee of the upper chamber of US Congress on Friday, legislators discussed new measures against Russian oligarchs and government debt. An outright prohibition of investment in Russian debt is on the table.

Western investment funds, which had created a bubble in the Russian market not seen since the 1998 Russian financial crisis (GKO crisis), are not waiting for the sanctions before selling their OFZs. The proportion of foreign investors has dropped to 26-27%, a low since December 2016, although it had reached 34% in April, the Russian Finance Ministry reports.

Over the last five months, non-residents have disposed of a record 600 billion rubles worth of bonds.