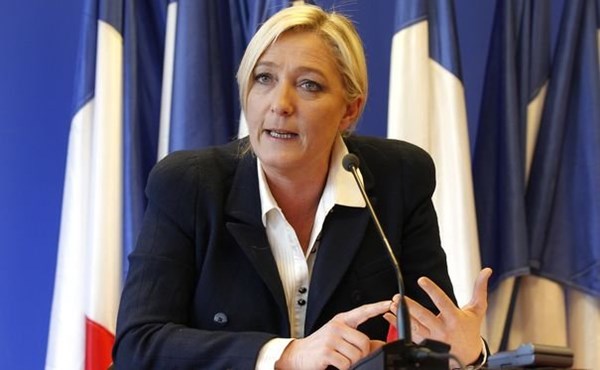 The Russian company Aviazapchast has filed a claim against the French National Rally party (L’Association Rassemblement National, formerly the National Front), demanding the repayment of a debt, according to case records cited by Open Media.

According to the news outlet, the debt in question is a €9 million loan which Marine Le Pen’s party took out from the First Czech Russian Bank (FCRB) in 2014. At the time, the party was called the National Front, but it was renamed in 2018.

After FCRB went bankrupt and lost its license, the rights to the party’s loan were transferred to the company Konti, which is registered in Butovo, Russia. Its owner and director Sergey Yevseyev did not rule out the possibility that his company would hand over the loan to a third party. The loan subsequently passed on to Aviazapchast, which belongs to Valeria Zakharenkova, the former vice president of Stolichny Bank. According to the SPARK database, Yevgeny Barmyantsev was on the company’s board of directors.

According to the company’s website, Aviazapchast is the successor of the Soviet company Aviazagranpostavki, which was founded in the 1960s to service Soviet aviation equipment abroad. The company still exports spare parts and services equipment, even in Syria. In 2017, Aviazapchast signed two contracts with the Defense Ministry worth around $76 million.

Citing Mediapart, Le Parisien reported that Le Pen’s party was supposed to repay the loan by September 23, 2019. In 2017, when the rights to the loan passed on to the new owner, the National Front demanded the expedited recognition of FCRB as an insolvent debtor, in order to have the transfer of the loan ownership declared illegal, but it was unable to do so.

A source in the party told Le Parisien that the leadership of the political organization was not too concerned about the loan, even though the National Rally did not have sufficient reserves to repay it on time. The source explained that the party had managed to negotiate a restructuring of the debt with its new owner.

Bernard Monot, Le Pen’s former economist, told Le Parisien in September 2019 that he doubted whether the loan could be repaid. “Sooner or later the creditor will voice his claim. And I’d be interested to know how they reimburse the funds. Over five years, the party has not created reserves. It has no assets in property and no financial guarantees,” he remarked.

In 2016, FCRB was stripped of its license and declared bankrupt. The Bank of Russia said that the bank, which had ranked 126 in the country by assets, had failed to adequately assess the accepted risks of poor quality assets. The bank had negative capital of 26.5 billion rubles (around $419 million). During stocktaking of FCRB, a deficit of 9.33 billion rubles ($147 million) was discovered. The Deposit Insurance Agency of Russia filed a claim in court, requesting that its deals with the bank be declared invalid.