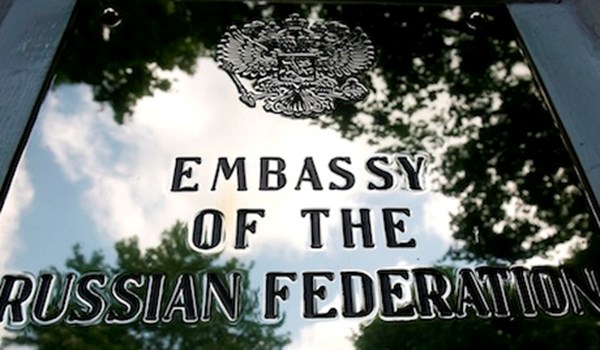 The Russian Embassy in Great Britain expressed its readiness to meet with the son of the Dawn Sturgess, who died after being exposed to a nerve agent, which also affected Sergey Skripal and his daughter Julia, informs the Russian service of Radio Liberty.

According to the Russian news agency TASS, the diplomatic mission noted that they intend to send Evan Hope the "Salisbury: questions without answers" report, prepared for the anniversary of the incident in Salisbury.

"The embassy is ready to meet with Hope in order to try to answer all his questions regarding the Russian official position," the Russian embassy stated.

The son of the British citizen Dawn Sturgess, who died in the city of Amesbury from the nerve agent Novichok poisoning, wrote a letter to the Russian President Vladimir Putin asking him to allow British investigators to question Russian citizens suspected of using Novichok.

44-year-old Dawn Sturgess died in July 2018, a few days after coming in to contact with the Novichok nerve agent. British police believe that these are the remnants of the same substance, which in March of the same year in the neighboring Salisbury was used to poison former double agent Sergey Skripal and his daughter Julia (they survived after long treatment). The United Kingdom accused of this poisoning the alleged agents of the Russian military intelligence - Anatolyi Chepiga (aka Ruslan Boshirov) and Alexander Mishkin (aka Alexander Petrov).

According to Sturgess’s son, Putin is "the only person who can ensure the triumph of justice" if he demonstrates "a little bit of humanity."

In the autumn last year, Putin claimed that “Boshirov” and “Petrov” are civilians who are not related to the Skripals’ poisoning. On the same day, both suspects gave their interviews to the RT television channel, which stated that they are businessmen who came to Salisbury as tourists. Since then, they have never been in touch with the press.

March 4 marks a year since the poisoning of Sergei and Yulia Skripal.