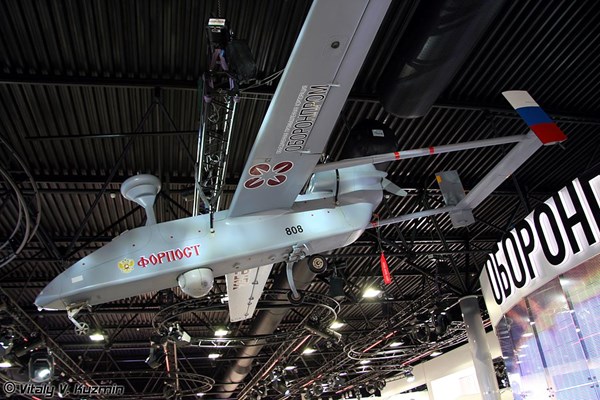 Ukraine’s military has said that a Russian surveillance drone crossed into Polish airspace before reentering Ukrainian airspace, where it was shot down by the Ukrainian military.

The drone, believed to be a Forpost surveillance drone, was thought to be inspecting the damage caused by Sunday’s missile attack on the Yavoriv training center, which is near the Polish border.  The attack killed at least 35 and injured at least 134, according to Ukrainian authorities.

Following the attack, NATO reiterated that it would respond with force to any strike on any NATO member state.

Polish authorities have not commented on reports of the Russian drone violating Polish airspace.

The Forpost UAV is a license-produced version of the Israeli IAI Searcher II reconnaissance drone.