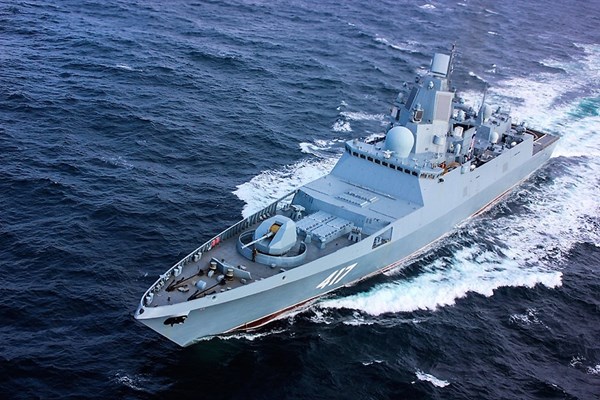 The Russian frigate “Admiral Gorshkov” has arrived in the White Sea to test a new missile weapon, Russia’s Northern Fleet announced in a press statement.

According to the statement, the frigate arrived at the White Sea Naval Base, where it will be prepared to test a new missile weapon. The vessel will fire live shots at one of the Northern Fleet’s maritime test ranges.

“Today, the lead frigate of project 22350, ‘Admiral of the Fleet of the Soviet Union Gorshkov’, entered the Northern Fleet’s White Sea Naval Base. The ship will soon be prepared in Severodvinsk for the testing of new types of weapons, and will set out into the White Sea to fire test shots,” the fleet’s press service stated.

The report did not specify the type of missile that the frigate will be testing, but there is a good chance that it will be the Zircon hypersonic anti-ship missile. Citing its own source, the TASS news agency reported previously that the Zircon would undergo testing before the end of the year. The Russian Defense Ministry itself also announced previously that the new hypersonic missile would be tested on board the Admiral Gorshkov, but did not specify when.

The project 22350 multipurpose frigate is designed for combat in nearby and distant sea zones, and for assistance with missions in the ocean zone. The ship has a displacement of roughly 4,500 tons, a length of around 130 m, and a beam of 16 m. The vessel has a range in excess of 4,000 nautical miles and has “unlimited” seaworthiness. Built at the Severnaya Verf shipyard in St. Petersburg, the vessel joined Russia’s Northern Fleet in July 2018. It is armed with a 130 mm A-192 artillery system, a “Redoubt” anti-air missile system, a UKSK 3S14 universal launcher with 16 Kalibr, Oniks or Zircon missiles, as well as a Paket-NK antisubmarine system and a Ka-27 antisubmarine helicopter.