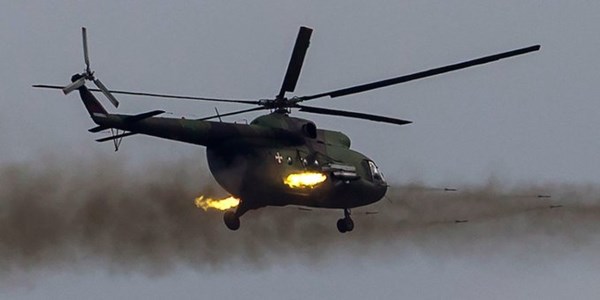 Five Russian servicemen were killed in Syria when the military transport helicopter in which they were flying was shot down by rebels, TV Dozhd reported.

The Russian Ministry of Defense stated that the helicopter was returning from delivering humanitarian aid to the besieged city of Aleppo.

Last month, two Russian pilots, Colonel Ryafagat Habibullin and Lt. Eugene Dolgin, were killed when their Mi-35 helicopter was shot down east of the city of Palmyra by members of the so-called Islamic State.

On July 28, Russian Defense Minister Sergei Shoygu announced that a large-scale humanitarian mission would begin in the besieged city of Aleppo, enabling civilians to flee the city, and also allowing for rebels to lay down their arms.

Several in the West, however, have suggested that Russia is attempting to carry out an assault on Aleppo under the guise of a humanitarian operation.