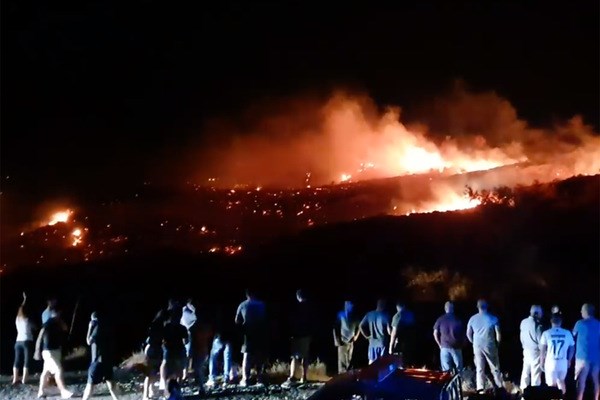 An unknown object that fell from the sky on Sunday night north of Nicosia, Cyprus, turned out to be a Syrian anti-air defense missile, the Turkish news agency Anadolu reports, citing Kudret Ozersay, Foreign Minister of the self-declared Turkish Republic of Northern Cyprus.

According to him, the missile landed in mountainous terrain and did not cause any serious damage.

“Based on the initial assessment, this is a Russian-made missile that is part of an anti-air defense system, which was activated last night during a raid on Syria. It landed in our territory due to a malfunction,” Ozersay wrote.

Eyewitnesses saw a flash in the sky, followed by three loud explosions.

Mustafa Akinci, President of Northern Cyprus, said that the incident could be due to military operations in the Middle East.

Earlier, the Syrian media reported that the country’s aerial defense systems had been activated on Sunday night to repel a missile strike against the regions surrounding Damascus and Homs.

The news outlet Al-Masdar only reported on strikes in the Damascus region. Its sources say that some of the missiles were successfully shot down. Israel is believed to be behind the attack.

The Israeli military has not yet commented on the incident.