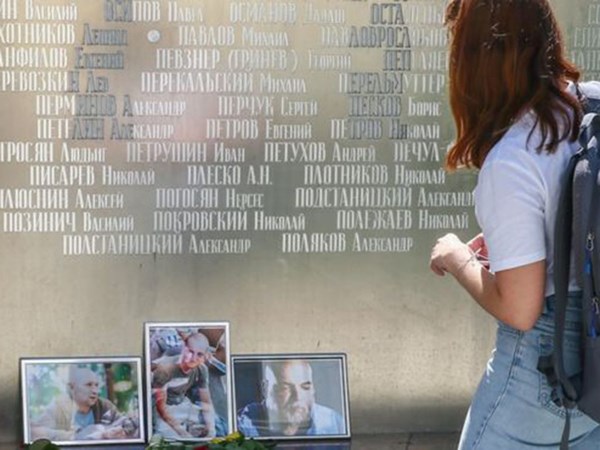 Russian media hide the fact that the journalists murdered in the Central African Republic (CAR) were shooting a joint film for Mikhail Khodorkovsky’s Investigations Management Center about the activities of the private military company the Wagner Group in Africa.

After the death of journalist Orkhan Dzhemal, director Alexander Rastorguyev and cameraman Kirill Radchenko, the Investigations Management Center announced on the website of Echo of Moscow that the film crew had arrived in the CAR to shoot material on the activities of PMC Wagner.

Nevertheless, when speaking about these deaths, the Russian media do not specify the actual purpose of the journalist’s visit to the CAR. Pro-Kremlin media, such as TASS and Russia 24, report that the murdered journalists were shooting a documentary film. Interestingly, they do not mention PMC Wagner.

The news agency RIA Novosti adjusted the announcement of the Investigations Management Center and reported that the journalists were shooting “a documentary film about life in the CAR”.

The news report broadcast on the First Channel stipulated that, according to Orkhan Dzhemal’s wife, her husband had been working on a film about the activities of the PMC. Neither the First Channel, nor the Russian Interfax did not clarify the meaning of the abbreviation.

The website of the NTV channel says that the Russian journalists who “were going to shoot a film” in the CAR could be killed by militants of the Muslim Seleka group. The news article does not inform readers that the Seleka group may be related to the activities of the PMC Wagner in the CAR.

The reports on the deaths of journalist Orkhan Dzhemal, director Alexander Rastorguyev and cameraman Kirill Radchenko appeared on July 31. Their bodies were found 23 kilometers from the city of Sibut. The Russian journalists had been shooting a film about the activities of the PMC Wagner.