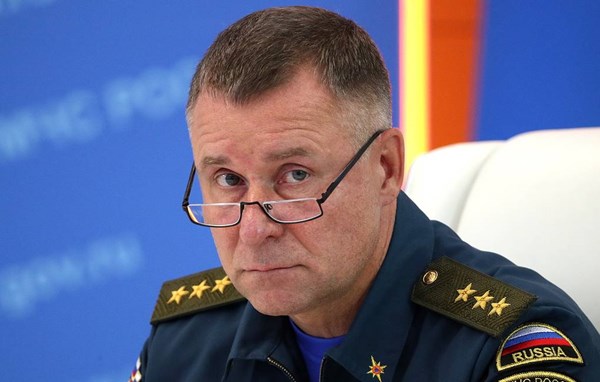 RBC news agency reports that the minister died during the filming of a training video for the Ministry of Emergency Situations. An employee of the film crew slipped while standing on edge of the cliff, and Zinichev tried to hold him, but both fell and died.

Russia Today editor-in-chief Margarita Simonyan describes the event a little differently, but generally confirms the circumstances of the accident.

"He and the cameraman were standing on the edge of the cliff. The operator slipped and fell into the water. There were enough eyewitnesses. No one even had time to understand what had happened, as Zinichev rushed into the water after the person and crashed against a protruding stone, "she wrote on her Telegram channel.

Zinichev was on a working visit to the city of Norilsk in northern Russia. He was attending large-scale exercises in the Arctic zone to personally monitor the emergency response drills.

Zinichev was 55 years old and had been in office since 2018.