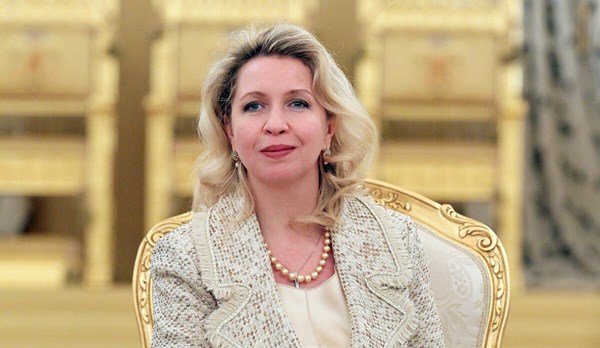 Foundation members were able to identify who the airliner belonged to by comparing the plane’s movements over the last four years to Medvedeva’s trips both within Russia and abroad.

Navalny noted that the wife of the prime minister is not supposed to have a private aircraft.

“Medvedev’s family can travel and go on holiday only at its own expense. Any other scenarios are either theft from the state budget or bribes from oligarchs. Only Medvedev personally can pay for his wife’s holidays and travels. Medvedev does have a huge salary – 800,000 (rubles, around $12,600) per month – but the entire monthly salary of our chief United Russia member is only enough to pay for an hour of Svetlana Medvedeva’s plane’s flight,” the investigation states.

Navalny says that the aircraft “flies a great deal”: last year alone, it was in Europe on 39 occasions. Just an hour of flight for a Bombardier Global Express 5000 costs at least $10,000.

The investigation also claims that the airliner with the registration number M-SKSM used to belong to a subsidiary of VTB Leasing, but was then sold to an offshore company from Belize, If Company Ltd. The same scheme was used by Nailya Asker-Zade, a Russian TV presenter who is believed to be the mistress of VTB Chairman Andrey Kostin, to acquire a Bombardier Global 6000 worth $126 million for her personal use. Asker-Zade was also found to have a private yacht.

In March 2017, the Anti-Corruption Foundation released the film “Don’t call him Dimon” about corruption schemes linked to Dmitry Medvedev. The film has been viewed more than 32 million times on YouTube, and prompted mass protests against corruption in Russia in spring and summer.