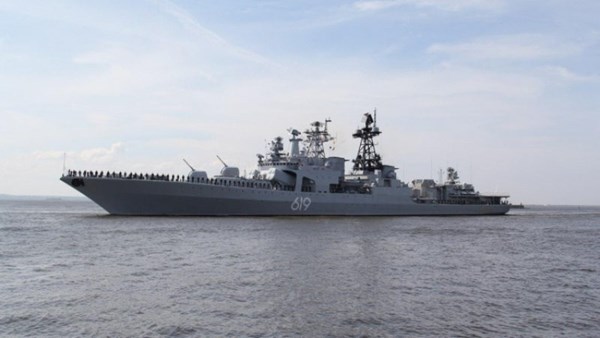 The guided-missile destroyer Severomorsk with the dimensions of 163x19 meters was laid in Kaliningrad in the summer of 1984, and it joined the USSR Navy 31 years ago. The crew consists of 293 people. The ship was formerly named “Simferopol.”

As noted on Facebook, by Andrei Klimenko, the head of the Ukrainian monitoring project “Maidan of Foreign Affairs”, this is the first time after the annexation of the Crimea, that not just a landing ship of a different Russian fleet entered the Black Sea (landing ships of other Russian fleets are constantly used for transport from the Crimea and Novorossiysk to Syria). This is a ship that is part of the main striking force of the Russian Navy in the far sea zone.