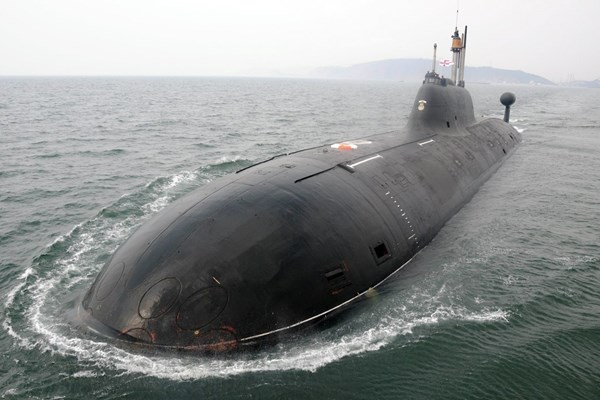 A source close to the Defense Ministry told Vedomosti news outlet that the Bulava left the silo of the missile submarine in the White Sea at 17:57 on Tuesday and successfully covered a distance of 5,500 km. This was confirmed by a telemetry analysis performed by specialists after the warhead arrived at the test range. The aim of the launch was to test Knyaz Vladimir’s systems, the source explained: A controlled launch is condition that must be met before a submarine can be transferred to the fleet. Initially the K-549 was supposed to become part of the North Fleet in 2017, but the testing program was significantly expanded so that a number of systems could be fine-tuned, which is why the transfer will now take place at the end of 2019 or early in 2020.

There are plans to transfer Knyaz Oleg, the next submarine of this class, to the Pacific Fleet at the end of 2020, after the submarine has completed sea trials and test-fired a Bulava, said a source close to Russia’s naval headquarters. This test launch will also be made from the White Sea toward the Kura Test Range, i.e. from west to east, the source noted. This is primarily due to logistical concerns, because it is more logical to perform the test launches from close to where the submarines are produced, in this case the Sevmash shipyard in Severodvinsk, so that the vessels can quickly be returned to the factory to have defects eliminated if needed. Another reason is that the Kura Test Range is equipped with all the necessary monitoring systems to collect data from all the types of strategic ICBMs in Russia’s armament.

According to the source, the reason the two Borei-class submarines in Russia’s Pacific Fleet (K-550 “Alexander Nevskiy” and K-551 “Vladimir Monomakh”) have not fired a single Bulava from east to west since they arrived at the base in Vilyuchinsk in 2013-2014, is that the Chizha Test Range in the Arkhangelsk region, which was previously used for such test launches, is in dire need of upgrades. In recent years, Russia has managed to solve the problem of training crews for launches by rotating them between the North and Pacific Fleets, and so it would be incorrect to say that the Borei personnel are incapable of firing the missiles from the Pacific Fleet’s zone of responsibility. However, the matter of upgrading the Chizha Test Range will have to be brought up sooner or later, believes the manager of a company in the shipbuilding industry. After the physically and morally obsolete K-44 Ryazan submarines (project 667BDR Kalmar) have been withdrawn from the Pacific Fleet, it is the Borei-class submarines that will have to become the fleet’s primary strategic units, and so the ability to fire Bulavas in both directions is of political significance, the source claims.