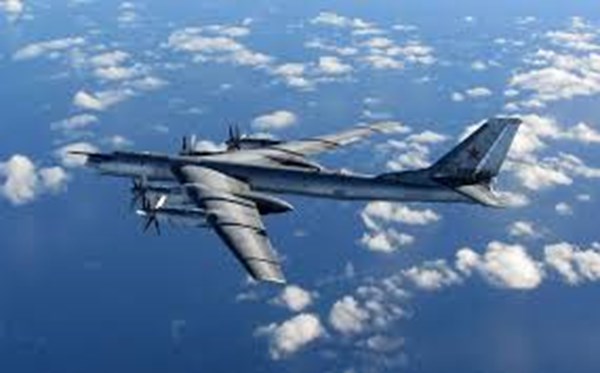 “Two Russian Tu-95 strategic missile carriers flew over the neutral waters of the Bering Sea. They were accompanied by the American F-22 and F-18 fighter jets of US Air Force in some sections of the route,” reads the statement of the Russian Defense Ministry.

The Russian Defense Ministry said that the flight was carried out within the Ocean Shield 2019 military exercises. The duration of the flight of strategic bombers was more than ten hours. "All aircraft flights are carried out in strict accordance with international rules on the use of airspace, without violating the borders of other countries," reported Russian Defense Ministry.

The North American Aerospace Defense Command (NORAD) reported on Twitter that Russian bombers were intercepted by US Air Force fighter jets. The Command published photos of the interception of Russian planes.

The last time the Russian Tu-95 flew off the coast of Alaska in May. Then four strategic bombers flew near the border of the United States.