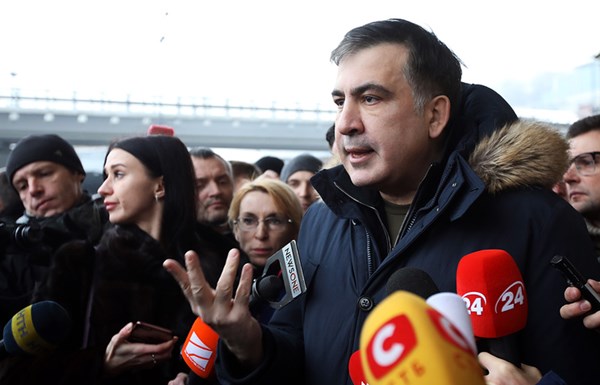 Ruslan Chernolutsky, the lawyer of Former President of Georgia and Chairman of the Odessa regional state administration Mikheil Saakashvili, claims that he sent a letter from Saakashvili to the Presidential Administration of Vladimir Zelensky in which Saakashvili asks to have his Ukrainian citizenship reinstated, as reported by Radio Svoboda.

“We are continuing the new phase and active defense of Mikheil Saakashvili’s return to Ukraine. A new era has come - a new president! Therefore, today I visited the Presidential Administration of Ukraine and, as his lawyer, filed an appeal to President Vladimir Zelensky to restore justice and return Saakashvili his Ukrainian citizenship. To be continued ... look out for what happens next and what new legal measures we will take,” Chernolutsky posted to Facebook on May 22.

The Presidential Administration has not commented on the situation.

Saakashvili said that after Vladimir Zelensky’s victory in the presidential election, he will try and return to Ukraine. On the day of the first round of elections, Zelensky did not object to Saakashvili’s return to Ukraine and said that he might need the former Georgian president’s help.

On February 12, 2018, Mikheil Saakashvili was detained in a restaurant in Kyiv’s center after which the State Border Service and the State Migration Service of Ukraine stated that he had been deported to Poland - the country from which he arrived in September 2017 “in violation of Ukrainian legislation”. From Poland, Saakashvili travelled to the Netherlands.