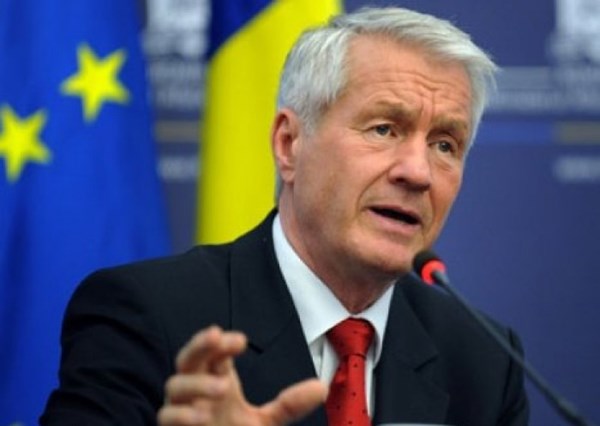 However, the CE Secretary General is convinced that "there are good chances for resolving the conflict with Moscow," which will allow Russia to avoid a possible exit from PACE, writes the Deutsche Welle Russian service.

Russia is really interested in remaining a PACE member but on its own terms such as the lifting of the sanctions imposed for the occupation of the Ukrainian Crimea and Donbas. The Russian lobbyists have repeatedly tried to get the aggressor-country back to the Parliamentary Assembly of the Council of Europe; however, it was possible to block these attempts.

"The withdrawal or exclusion of Russia will be a dramatic event that could lead to the emergence of new borders in Europe," quoted Jagland European Truth.

The Secretary General of the Council of Europe used his favorite thesis about the alleged need to protect human rights. After leaving the PACE, Russia cannot ensure its citizens the right to apply to the European Court of Human Rights (ECHR) in Strasbourg.

"On one side of this border will live those who can apply to the European Court of Human Rights, on the other, about 140 million citizens of Russia, for whom this instance will be unavailable," he said.

Thorbjørn Jagland, who will be leaving his post this year, expressed hope for possibility to find a way out of this situation even before the summer session of the PACE on June 24-28.

Recall that the Russian delegation did not participate in the PACE winter session in January and refused to pay membership fees in 2019. At the same time, the PACE Bureau, which is considering the possibility of lifting the sanctions against Russia, made changes to the rules for the formation of committees, depriving Ukraine of its place in the regulatory committee.

In December 2017, delegations of 20 member countries of the Parliamentary Assembly of the Council of Europe signed a declaration calling to end attempts to return Russia to PACE.

However, in June 2018, the PACE Bureau initiated amendments to the assembly procedure rules at the autumn session, which would give the Russian delegation opportunity to return under their requested conditions.