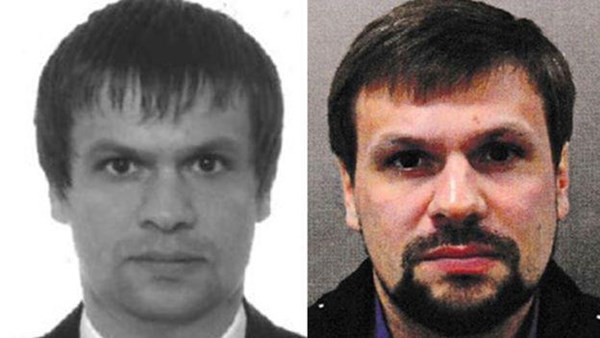 GRU Colonel Anatoly Chepiga (Ruslan Boshirov), one of the prime suspects in the Skripal poisoning case, was head of the special operation to evacuate former Ukrainian president Viktor Yanukovych from Ukraine, claims  Sergei Kanev, a journalist from the Investigation Control Center (ICC) who was recently forced to flee Russia. Kanev was part of the joint investigation into the Salisbury incident by The Insider and Bellingcat which uncovered the identities of the prime suspects.

According to Kanev, Chepiga-Boshirov and his special forces division were in Yanukovych’s Mezhyhirya Residence, protecting the fugitive and helping him flee first to Crimea and then to Russia.

It was for this operation, the journalist believes, that Chepiga was awarded the title “Hero of Russia”.

The Hero of Russia star was also awarded to Putin’s former bodyguard, Alexey Dyumin, for evacuating the former president of Ukraine. The people who later became the basis of the Wagner Private Military Company also received awards. Dyumin was made governor of Russia’s Tula province, and is currently considered a possible successor to Putin.

Kanev promised that the details of the mentioned special operation will be made available when the investigation is published.

British intelligence recently identified a large group of Russian secret agents, one of whom they called Ruslan Boshirov. It later came out that Boshirov’s real name is Anatoly Chepiga, a man who graduated with distinction from an institution for training officers of the GRU, Russia’s intelligence agency.

The Kremlin continues to insist that the Skripal poisoning suspects are mere civilians.