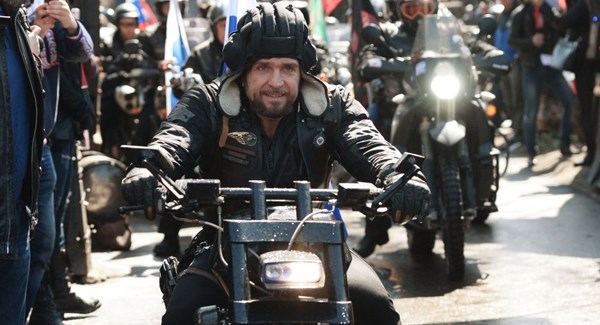 The Night Wolves, a motorcycle club closely linked to the Kremlin, organized and started a bike show "The Russian Dream" the Mount Gasfort area in the annexed Sevastopol, the leader of the bikers, Alexander Zaldostanov aka "Surgeon" announced this on his Facebook page.

According to RIA Krym report, the first day of the event traditionally starts with a concert that includes Russian rock performers. The "December" band from St. Petersburg opened this year’s rock concert. An American-Russian mixed martial artist, Jeffrey Monson, who received his Russian citizenship from Vladimir Putin, performed the song during their performance.

Later, Russian performers Julia Chicherina, Olga Kormuhina and Alexei Belov, and the band Aria are expected to perform on the stage.

At the end of this action show, the concert will continue. Tomashevich, Vladimir Kuzmin, Knyaz, Yulia Andreeva and the Archipelago, Bakhyt-Kompot and Debosh bands are scheduled to perform on the stage.

Then, as announced, the concert will be interrupted by a large-scale gimmick as well as pyrotechnic and musical action.

Because of a bike show, which is held on Mount Gasfort from August 17 to 18, there is limited traffic in Sevastopol.

The leader of the Night Wolves Alexander Zaldostanov ("Surgeon") organizes a bike show near Sevastopol evry year. He is a friend of Russian President Vladimir Putin. Zaldostanov is included in the list of persons subject to the imposed U.S. and Canadian sanctions because of Russian aggression in the Donbas and the annexation of the Ukrainian Crimea.