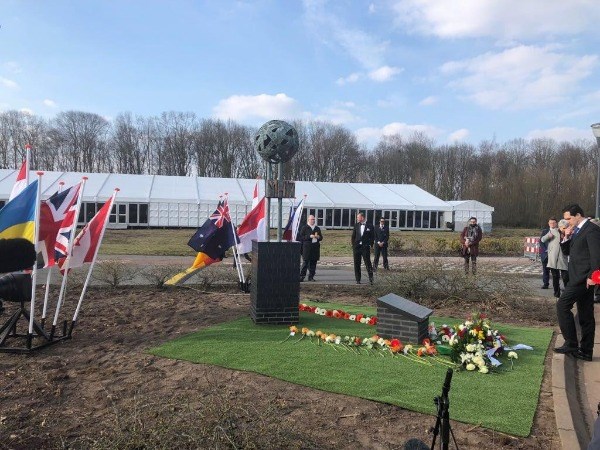 The Dutch city of Eindhoven opened a memorial to the victims of the crash of flight MH17 that was shot down in the sky over the Donbas in 2014, the Ukrainian Embassy reported on Twitter.

"The tragedy of MH17 united us! We will always remember and will do everything to bring those responsible to justice!" the message of the Ukrainian Embassy reads.

The Malaysian Airlines Boeing 777 flying from Amsterdam to Kuala Lumpur was shot down on July 17 over the territory of Ukraine near the village of Hrabove in the Donetsk region. All 298 people on board died in the crash. Most of the passengers, about 200 were Dutch.

Immediately after the crash of the plane, a message appeared on a Vkontakte social network separatist webpage named "Summaries from Strelkov Igor Ivanovich." The message claimed that the separatists shot down an aircraft on Thursday in the area where the Boeing crashed.

In July 2015, relatives of the deceased passengers filed a lawsuit against Girkin for $900 million and won in court.