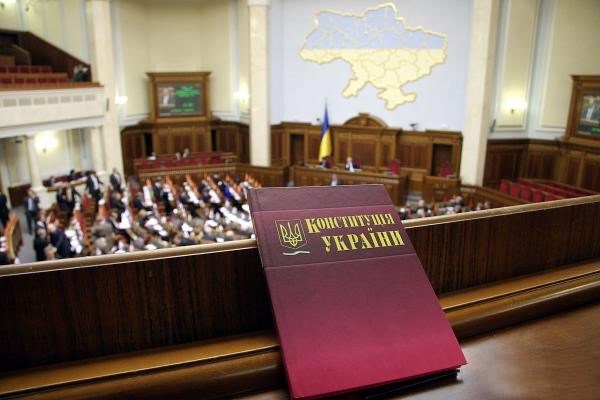 According to the proposed amendments, the Verkhovna Rada’s powers will include "the implementation of the strategic course of the state to acquire full-fledged membership for Ukraine in the European Union and the North Atlantic Treaty Organization." The President of Ukraine will become a guarantor. The Cabinet of Ministers will provide the implementation of the strategic course.

At the same time, the preamble to the constitutional amendments proposes to formalize that the Verkhovna Rada confirms “the European identity of Ukrainian people and irreversibility of the European and North Atlantic course of Ukraine.”

As an exception, there is a rule regarding “the use of existing military bases in the territory of Ukraine for the temporary presence of foreign military groups is possible on a rental basis in accordance with international treaties of Ukraine which were ratified by the Verkhovna Rada.” That rule will be excluded. The Presidential draft law was registered in the Parliament on September 3.

Last year the Verkhovna Rada adopted the law defining Ukraine’s joining NATO as one of the bases of foreign policy. It was supported by 276 People’s deputies although 300 votes are required to amend the Constitution.