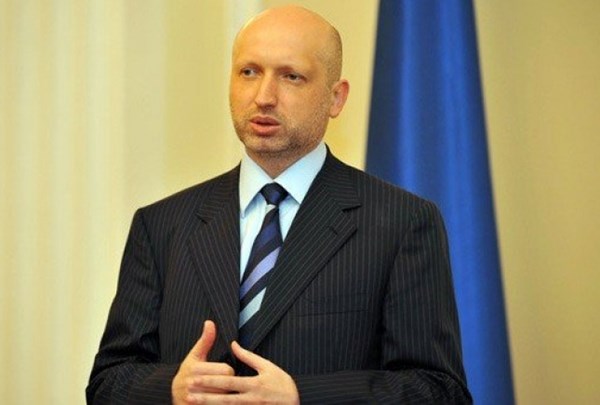 Ukraine does not have sufficient means to conduct a military confrontation with Russia if the latter uses nuclear weapons, said the head of the National Security and Defense Council of Ukraine, Oleksandr Turchynov, 112 Ukraine TV channel reported. Turchynov made this statement under examination in the case against former President Viktor Yanukovych, who was charged with high treason.

"That is why we could not declare war in February-March 2014. Unfortunately, now that we have a combat-ready army, a defense industry and weaponry that is sufficient to protect the country, we still cannot declare war on the aggressor," the official said.

Turchynov said that the country had lost the opportunity to possess nuclear weapons in accordance with the   Budapest Memorandum on Security Assurances signed in 1994. The document was signed by Ukraine, Russia, the United States and Great Britain. It says that the three countries welcome Ukraine joining the Treaty on the Non-Proliferation of Nuclear Weapons as a state that does not have such weapons.

The treaty also recorded "Ukraine's obligation to remove all nuclear weapons from its territory." Moscow, Washington and London promised to refrain from the threat of force or use of force against the territorial integrity and independence of Ukraine.

In January 1994, there were 175 long-range ballistic missiles and more than 1,800 nuclear warheads on the territory of Ukraine, The New York Times wrote. After the worsening of relations with Russia due to the annexation of the Crimea and the beginning of the conflict in the Donbas, some Ukrainian politicians called for the restoration of the country's nuclear status.

In December 2016, deputies from the Radical Party submitted a corresponding bill to the Verkhovna Rada. According to the draft published on the website of the Ukrainian parliament, it has not been voted on yet. The conclusion of the Main Scientific and Expert Directorate from January 2017 states that the restoration of the country's nuclear status "requires significant expenditures from the state budget.