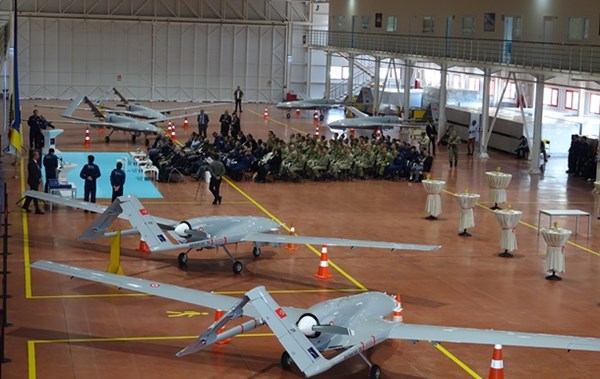 The Turkish company Baykar Defence will build in Ukraine a plant for production and modernization of Bayraktar TB2 drones and also a center for their testing, maintenance and personnel training, said the CEO of Baykar Defence, Haluk Bayraktar.

"We have many projects at the implementation stage," Bayraktar said.

He noted that the first successful test of cooperation was the production of the Akinci drone with an engine built by Ivchenko-Progress. After that, Turkish companies began to willingly conclude contracts with Ukrainian companies. Now, the cooperation between the two countries is expanding on a global scale.

"According to the agreements, Turkey will build a Bayraktar testing, personnel training and maintenance center to train the Ukrainian military and develop new technologies in order to create an integral reliable system in Ukraine," the Baykar CEO said.

According to him, now the parties are preparing to sign documents for the construction of the center, after which Turkey will quickly build it.

"In parallel, we plan to build a center in Ukraine, where we will conduct research, improvement and production of unmanned platforms. The construction of both the center and the production facilities will be fully funded by Baykar," Bayraktar said.

According to Bayraktar, Turkey has already decided on the location where it plans to build its centers. The land lots have been already been purchased by Baykar.