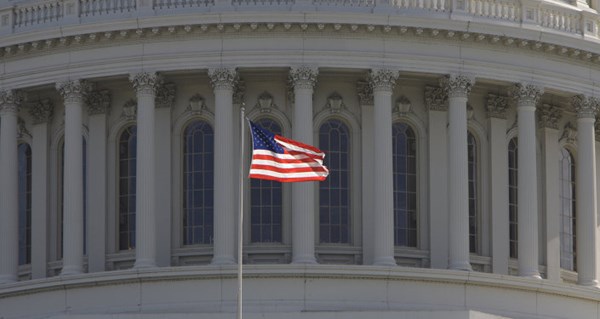 The United States has prepared new sanctions against Russia, which will include more than 30 state-owned companies, agencies and entities.

Russian organizations will be subject to restrictive measures as part of the sanctions package against China, RIA Novosti reports citing a draft document that has not yet been published.

The Russian Defense Ministry, as well as the subsidiaries of the Russian Nuclear Agency, Rosatom, and Russian Space Agency, Roscosmos, may fall under these sanctions.

The sanctions may be imposed against the leading structures of the nuclear weapons industry, as well as two subsidiaries of the Russian Space Agency, Roscosmos - a scientific institute and manufacturer of rocket and space technology.

For the first time, key civil aviation companies - including helicopter and aircraft engine manufacturers, developers and suppliers of aviation materials and air traffic systems - could fall under U.S. sanctions.

The sanctions list will also include one of the state-owned corporations associated with the administration of President Vladimir Putin, as well as the forensic identification center of the police department in Nizhny Novgorod region.

According to a source familiar with the situation, if the sanctions are approved, U.S. companies will need to obtain a special license to continue any contacts with Russian companies.

Previously, there have been no sanctions against the Russian nuclear industry or against Roscosmos and its subsidiaries. The only restriction imposed by the United States was the ban on the use of Russian rockets to launch Pentagon satellites beginning on January 1, 2023.