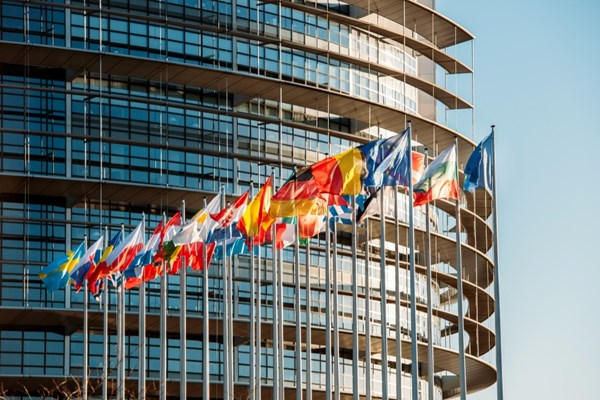 Russia’s actions in the Kerch Strait and the Azov Sea are designed to “kill the economy of Ukraine’s Azov coast and set the military stage for attacking Ukraine from the sea,” said Oleksii Makeiev, director of the Ukrainian Foreign Ministry’s political department, during a special joint session of the European Parliament Committee on Foreign Affairs and the Subcommittee on Security and Defense in Strasbourg.

At the special session on the 5th anniversary of Russia’s annexation of Crimea and aggression against Ukraine, the experts discussed “the threat of Russian hybrid war against the international order”, the Ukrainian Mission to the EU reported.

During the session, Makeiev drew attention to Russia’s seizure of Ukrainian military boats and their crews, and pointed out that, at the time of the incident, Russia did not officially announce the closure of the Kerch Strait, and that it is clear from intercepted Russian radio communication that “the attack was neither an accident nor spontaneous”.

“It can only be considered an act of aggression against Ukraine in terms of the UN General Assembly resolution of 1974. Russia only understands force, and it is necessary to negotiate with Russia from a position of force. Today we have heard that the word ‘sanctions’ is actually unpopular, unfortunately, here in Brussels, and in many European capitals. But please understand that this is the only peaceful instrument that Europeans have with which to stop Russian military operations and aggression,” Makeiev emphasized.

Russia’s actions near the Kerch Strait have been criticized by a number of European countries and the US. NATO is closely monitoring developments in the Kerch Strait, and has called for restraint and the de-escalation of tensions.

On 25 November last year, Russia attacked and captured the Ukrainian military boats Berdyansk and Nikopol and the tugboat Yany Kapu in neutral waters. All 24 Ukrainians on board were accused of violating the Russian state border, arrested, and transferred from Kerch to Moscow. Ukraine considered this an act of military aggression, and the Parliamentary Assembly of the Council of Europe recognized the captured sailors as prisoners of war.

Oleksandr Turchynov, Secretary of Ukraine’s National Security and Defense Council, said in December that Ukraine had invited its international partners to take part in a passage of naval ships from the Black Sea into the Sea of Azov through the Kerch Strait. The Russian media warned that this could “aggravate the situation”.