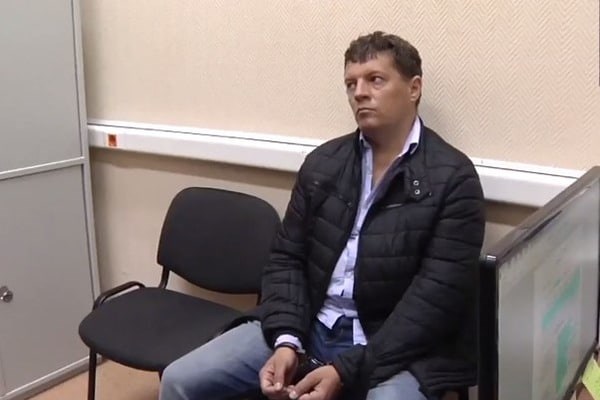 At a UN Committee session on Tuesday, the First Secretary of the Permanent Mission of Ukraine to the UN, Oleh Nikolenko, demanded that Russia immediately release journalist Roman Sushchenko. The Ukrainian representative urged Russia to stop persecuting representatives of media and activists in annexed Crimea, and to put an end to State propaganda and the incitement of hatred, a correspondent of Ukrinform reported.

Nikolenko asked the committee to recall the pressure placed by Russia on media representatives and activists in Crimea who express different opinions from those of Russian authorities on the peninsula.

Nikolenko expressed deep concern regarding a “major propaganda campaign and incitement of hatred against Ukraine and Ukrainians promoted by Russian State media and public figures.” He states that Russia uses media as an instrument to influence the situation in annexed Crimea and the East of Ukraine.

In 2011, the Chief Editor of the Russian State propaganda channel Russia Today, Margarita Simonyan, compared the role of Russia’s international broadcasting to one of the Russian Ministry of Defense. Simonyan stressed: “When there is not war, you don’t need it—however, when the war begins, it’s important. But you cannot create an army a week before the war begins.”