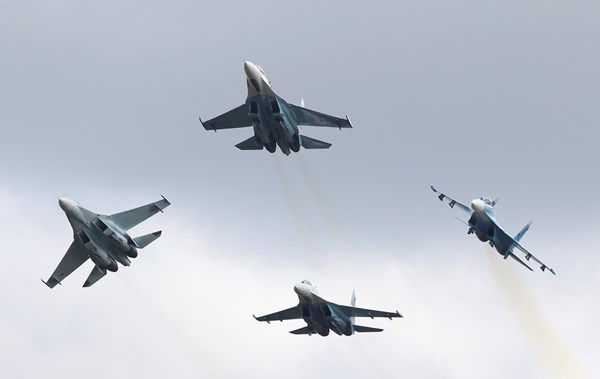 Kyiv intends to purchase multi-role warplanes produced in the West as part of the modernization program of the Ukrainian Air Force. Thus, the new aicraft will replace the planes made during the Soviet era, reports Rzeczpospolita.

According to the newspaper, Kyiv’s plan to upgrade military aviation, which will also include the replacement of helicopters, training and transport aircraft, will cost up to $12 billion dollars. But, given the needs of the Ukrainian army, this amount is too small to meet all its needs, notes Rzeczpospolita.

Long-term plans indicate that Ukraine will purchase about 108 multi-role combat aircraft. The retooling of Ukrainian combat aviation is planned to be carried out in stages. In 2021-2022, the first batch of 12 aircraft is planned to be purchased, the delivery of which is to be completed by 2025. Following this schedule would allow to gradually replace the obsolete aircraft, which will reach the end-of-life at around 2032.

Currently, for political reasons, Ukraine does not have access to Russian weapons and spare parts, let alone direct contacts with the manufacturers of the aircraft which are used by the Ukrainian Army. This leads to a systematic reduction in the number of aircraft capable carrying out combat operations.