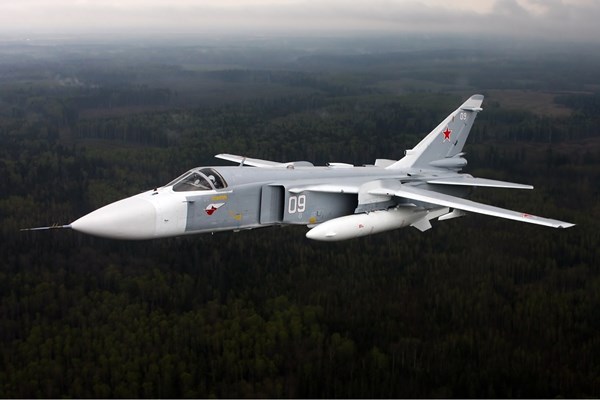 Ukrainian Defense Minister Stepan Poltorak announced that a Ukraine is upgrading a Su-24MR reconnaissance plane, the Ministry of Defense reported.

During a work visit to the Odessa Ukroboronprom Aircraft Plant, the minister said that the upgraded plane will give the Ukrainian Air Force clear control during combat and improve its effectiveness.

Poltorak noted that the plant is currently upgrading a Su-24MR which has not been seriously upgraded since Soviet times.

“The plant has done serious work to develop the technical documentation, and today it is ready to modernize these planes. After the modernization is completed, it will be an entirely different craft – a reconnaissance craft that will allow the Ukrainian Air Force to exercise clear control during combat, improve their effectiveness, and most importantly, all the information necessary to make decisions during combat will be received by the combat leader online,” the Defense Minister explained.

Recently, Poltorak announced that the unique fire control system of the Obolon-A artillery system will be adopted by the Armed Forces of Ukraine after the state testing has been successfully completed.

According to the SIPRI database, Ukraine has been increasing its military expenditure. Last year the country spent $4.8 billion on defense.

The Ukrainian Defense Minister also said recently that the Armed Forces have acquired 120 new types of equipment which the country’s military did not previously possesses.