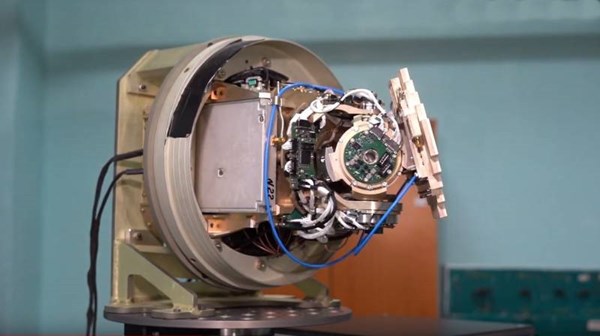 Ukraine has unveiled the warhead of the self-guided “Neptune” missile, the Ukrainian publication Defense Express reports.

The Neptune missile is anti-ship, subsonic and low-altitude, with a maximum range no greater than 300 km. Neptunes are designed to destroy land targets and ships with a displacement of less than 5,000 tons.

The missile was developed on the basis of the Soviet-era X-35 missile by the Luch Design Bureau. It was first demonstrated in 2015 and first tested in 2016. In 2018 there were another two launches, and one more in 2019.

The Neptune is equipped with a TRDD MS-400 engine. The missile has a wingspan of 1.33 m and a diameter of 0.38 m. The launching mass is 870 kg, and its homing device uses active radar.

The Ukrainian Defense Ministry presented the warhead to the public and disclosed a number of its characteristics. For example, the missile has dual-band combined active radar, which can identify a target up to 50 km away, is resistant to general interference, and has a maximum deviation angle of 60 degrees. The latter makes the Neptune capable of following actively maneuvering targets.

Oleksandr Turchynov, former Secretary of the National Security and Defense Council of Ukraine, said that Neptunes would be capable of destroying the Crimean Bridge in a matter of minutes.