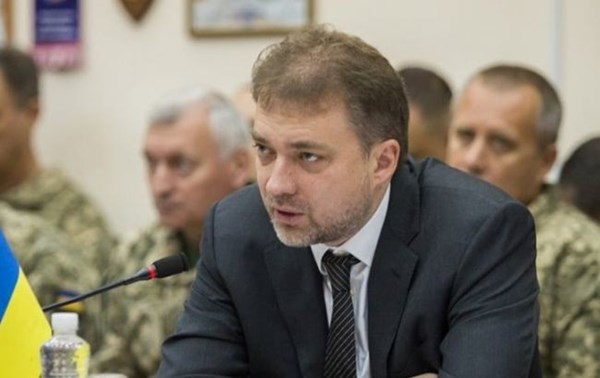 During the negotiations at the Normandy Format on December 9 in Paris, a number of agreements were reached to resolve the conflict in the Donbas, but the process of implementing them will not be quick, warned Ukrainian Defense Minister Andriy Zahorodniuk.

The risks exists of the agreement being broken off “at any stage”, the minister remarked.

“There is a high likelihood of the agreements being broken off at any of the stages, but there is progress: We are working on bringing back prisoners and creating new crossing points. Let’s be able to appreciate our victories, and not just our defeats,” the minister wrote on Facebook.

Zahorodniuk explained that the Paris talks had resulted in agreement regarding a prisoner exchange in the format “all for all” by the end of 2019, and the disengagement of forces along three stretches of the demarcation line by 2020. The stretches in question are to become humanitarian zones with places to cross the demarcation line, which will help to improve the lives of people in the demarcation zone.

Furthermore, by the end of 2019, the Armed Forces of Ukraine and the self-proclaimed Donetsk and Luhansk people’s republics intend to establish a “full, comprehensive and indefinite ceasefire”. Compliance with the ceasefire will be monitored through an expanded mandate for the OSCE Special Monitoring Mission (SMM), with observation around the clock.

“This will make it significantly harder to shoot at night. The operation of the OSCE SM is, perhaps, not ideal, but it is the only official source that is trusted by both sides,” the minister noted.

Zahorodniuk made special mention of the fact that Ukraine does not intend to make any concessions regarding territories, the interests of the people or the integrity of the country. When it comes to holding elections in the Donbas and giving Kyiv control of the border – Ukraine’s position remains “security first”.

On December 10, Russian President Vladimir Putin said that the Ukrainian government’s demand to be given back control of the border risks repeating the tragedy in Bosnian Srebrenica, in which thousands were massacred during fighting after the collapse of Yugoslavia.

Ukrainian President Volodymyr Zelensky said earlier regarding the results of the Paris summit that he and Putin have “absolutely different views of a border handover”.